Leader of the DFW White Court Being a White Court Vampire helps.

The family runs a chain of successful Italian restaurants in the DFW area (Amber’s is in Frisco) which is actually a money laundering front for southern US operations of the Genovese Crime Family. In the grand scheme of the US Mafia (what’s left of it)… the Dallas Syndicate is barely a blip on the radar these days.

However, the wealthy, debauched, playboy son of the former Don (and through him his daughter, Amber) has long had the attention of the White Court. This is where the real power lies in the family. The father is pretty much worthless (which is an eerie mirror to the Dresdenverse Chicago situation) but Amber has ambitions… and appetites. She has been warned in person by Lara Raith to “not stir the waters”, but sometimes that is what is required to catch the prize fish…

Due to the events of Charade I and II, Amber successfully infiltrated the SMU GW Bush Library Dedication and subverted the wills/learned valuable secrets of (all?most?some?) of the political bigwigs in attendance, with the help of a Lust Demon summoned by Binder 2 months previous (White Secrets and Skeletons) (Sexy and my Lust Demon Knows It). Amber placates the Demon with sacrifices/food (not unlike she would with other White Court Guests/Servitors) as well as certain intangibles leftover from Amber’s and Rafa‘s ’arrangement’. She also has an unknown number of former Dr. Scott patients unknowingly under her mental sway, or at least has a foot into their mental door.


Source photos found via Google image search, in general used without permission, and digitally modified for our usage (claiming fair use: parody/pastiche). This is a non-profit site, no challenge real or intended to legally held copyrights. Please contact the GM if you would like your image/likeness removed or if you prefer different credits/notice. 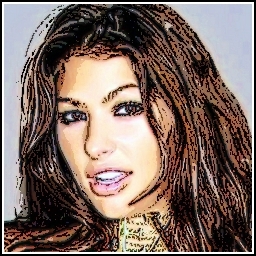